A small form-factor pluggable (SFP) is a type of transceiver device that has been standardized by the MSA (multi-source agreement). The MSA will define the characteristics of the system and is typically an agreement between multiple manufacturers. The agreements guarantee that any SFP or SFP+ device from any vendor will function properly. This article will give you a more comprehensive introduction to the SFP MSA and SFP+ MSA.

Pluggable optical transceivers are physically composed of a small printed circuit board (PCB) containing electronic circuity, with an electrical PCB “edge connector” at one end and, typically, a fiber optic connector (dual LC-type in the case of SFP/SFP+ modules) at the other, packaged in a metal housing including a release latch. The basic function of the device is to convert electrical transmit data from the host into an optical signal transmitted onto a connected fiber optic cable, and, in the other direction, convert a received optical signal into an electrical one to be sent to the host system over the edge connector. 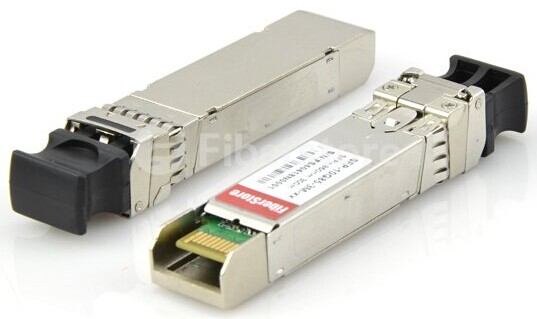 What is Defined by the SFP MSA or SFP+ MSA?

The main elements defined in the SFP/SFP+ MSA is listed as follows:

Besides, the Digital Diagnostics Monitoring (DDM) feature common in many modern SFP/SFP+ transceivers as defined in SFF-8472 MSA specification. “D” in GLC-LH-SMD represents the DDM function according to the industry standard MSA SFF-8472. The SFF-8472 added DDM interface and outlined that DDM interface is an extension of the serial ID interface defined in GBIC specification, as well as the SFP MSA.

The Importance of SFP/SFP+ MSA

MSAs, like most standards efforts, are important primarily because they can give customers a choice in suppliers from which they purchase products. Freedom of choice is the foundation of the efficient operation of markets. Customers in the marketplace should have the benefit of multiple independent suppliers, each competing to gain a share of the market. This behavior forces suppliers to be as efficient and creative as possible, driving down costs and offering customers the widest array of options.

It is true that some system vendors have attempted to subvert the standardizing value of the SFP MSA or SFP+ MSA. The most common scheme is to write a unique code into some of the undefined memory in the EEPROM of each SFP/SFP+. When the transceiver is inserted into the host switch, its EEPROM is read, and, if the code is “incorrect” the module is rejected as “incompatible”. But Fiberstore can do it. At present, FS.COM offers a comprehensive brand’s compatible solution of the transceivers which can meet the demands for Cisco, HP, Juniper, NETGEAR, Brocade etc.

With the growth of bandwidth-intensive applications such as high-performance computing and business continuity, there emerge higher-speed networks of 40/100G Ethernet. And as products become less expensive and more available over time, 40/100G Ethernet will inevitably be commonplace in our daily life. Therefore, it is necessary to create a migration path by installing a structured cabling system that can support the future 40/100G networking needs. In this system, such fiber optic products as MTP/MPO assemblies, 40/100G transceivers and 40/100G direct attach cables (DACs) are important components. This article will discuss their roles in 40/100G Ethernet migration respectively.

Since 40/100G Ethernet uses parallel optics technology which requires data transmission across multiple fibers simultaneously, the multi-fiber connectors are needed. MTP/MPO is the designated interface for multi-mode 40/100G Ethernet, and its backward is compatible with legacy 1G/10G applications as well. 40G Ethernet uses a 12 position MTP/MPO connector interface that aligns 12 fibers in a single row. And the 4 leftmost fibers are used to transmit data, the middle 4 fibers are left unused, while the 4 rightmost fibers are used to receive data. 100G Ethernet uses a 24 position MTP/MPO connector with two rows of 12 fibers. And the outermost fibers on either end of the rows are vacant, while 10 fibers in the upper row for transmitting data and the remaining 10 fibers in the lower row for receiving data. To meet the future 40/100G networking needs, the cabling system shall include components that not only support future high-bandwidth applications but also be compliant to 1G and 10G applications and all current and anticipated industry standards. Meeting all these requirements, the above mentioned MTP/MPO connectors, 40/100G transceivers and 40/100G DACs play important roles in migration to 40/100G Ethernet. As a professional supplier of fiber connectivity network solutions, Fiberstore supplies all these fiber optic products and other kinds of products for 40/100G Ethernet migration.

Defined by an industry group in 2002, XFP is a standard for transceivers used in high-speed computer network and telecommunication links that employ optical fiber. XFP transceivers are hot-swappable transceivers designed for 10G network applications such as 10 Gigabit Ethernet, 10 Gbit/s Fibre Channel, synchronous optical networking (SONET) at OC-192 rates and so on. The followings are a few highlights that customers should know about XFP transceivers if they are in the market for them.

Developed by the XFP multi-source agreement (MSA) group, the specification of XFP transceiver is an informal agreement of an industry group. In other words, it is recognized by many designers in the industry rather than “officially” endorsed by a standards body. There have been many updates to this specification since it was first introduced in 2002.

XFP transceivers can operate at a variety of wavelengths including 850 nm, 1310 nm, and 1550 nm, etc. And at these near-infrared wavelengths, signals can be transmitted with high integrity and at longer distances. In addition, these transceivers also operate over a single wavelength and use dense wavelength multiplexing techniques.

XFP transceivers are larger than SFP+ transceivers (as shown in the following figure), but they are by far among the smaller 10 Gbit/s interfaces suitable for dense wavelength division multiplexing (DWDM) transmission. Furthermore, several optical systems adopt XFP transceivers even when requiring long-haul transmission. 1000BASE SFP Transceivers for Gigabit Ethernet

1000BASE Copper SFP transceivers use copper lines for linking. In copper-based Gigabit Ethernet, the 1000BASE-T SFP module is the most commonly-used transceiver. Be compatible with the Gigabit Ethernet and 1000BASE-T standards, it operates on standard Category 5 unshielded twisted-pair copper cabling of link lengths up to 100m.

As a new Multi-Source Agreement (MSA) for high speed applications such as 40G-BASE, QSFP transceiver, which is one kind of 40G transceiver, can provide four channels of data in one pluggable interface. Each channel is capable of transferring data at 10Gbps and supports a total of 40Gbps. Compared with standard SFP+ modules, QSFP transceiver is with higher density and lower cost. It is designed to enable extremely high-density applications with stacked and ganged configurations.

Since the QSFP transceiver integrates four ultra-high capacity, independent fiber transmit and receive channels, its port density is increased and the total system cost is declined. Actually, its port density is of three times higher than the traditional SFP transceiver, enabling the QSFP to be used to replace four standard SFP modules in space that is only 30 percent larger than a single SFP. In addition, the QSFP transceiver can support Ethernet, Fibre Channel, InfiniBand and SONET/SDH standards with data rates up to 5Gb/s per channel. Thus the QSFP platform demonstrates potential for aggregated higher volumes and improved economics realized from several protocols/applications using the same transceiver.

Different QSFP transceivers may have different connector interfaces. Through various technologies, many kinds of connectors could be applied into 40 Gigabit Ethernet. And the commonly-used are Duplex LC, MPO and MPO/MTP. MPO and MTP are often used interchangeably. For example, the aforesaid QSFP-40G-SR4 and QSFP-40G-LR4 are transceivers with Duplex LC connectors. While the Cisco QSFP-40G-CSR4 is with MPO/MTP connector.