As information technology develops, we have to upgrade our network products such as the cables, patch panels, etc. Besides, to reduce our data center’s cost, we are tempted to use the old and new ones to make a mixed connection. For instance, run Cat6a cables on Cat6 patch panel. However, does it work? Is it a reliable connection? Here we’ll discuss it in this article.

Comparison of Cat6 and Cat6a Cabling

Cat6a and Cat6 are both designed for Gigabit Ethernet. They can handle 10BASE-T, 100BASE-TX, 1000BASE-TX, and 10GBASE-T rate. Cat6 and Cat6a sound almost the same, but a single lowercase “a” sets the two terms apart. The word “a” stands for augmented, which makes them behave differently in performance, size and so on.

Cat6 usually has 23 AWG wire conductors, and can support transmission speed of up to 10Gbps at 250MHz. But the theoretical top distance with 10Gbps speed is only 33-35 meters. While Cat6a also has 23 AWG wire conductors, but doubles the capability by delivering data at 500MHz. Moreover, it supports 10Gbps standard over the full 100 meter distance. Note that Cat6a is usually thicker than Cat6 cables, because Cat6a uses extra thick plastic. Therefore, Cat6a takes more space in a patch panel than Cat6.

Can I Use Cat6a Cables on Cat6 Patch Panel?

Do the Connectors Match?

Cat6a is the updated version of Cat6, they share the same RJ45 connectors. Therefore, it’s no doubt that Cat6a cables can be plugged into the Cat6 patch panel.

Cat6a cable’s size is bigger, so the corresponding minimum bend radius is larger, which will change installation requirements for routing and handling as well as design of pathways and spaces. For example, when we install Cat6a on a 48 port Cat6 patch panel, the larger wire may end up bending. So it’s not entirely safe to wire Cat6a on the 48 port patch panel, you have to manage it with much more patience and caution.

Commonly, conductors determine whether the connection works or not. Thus, in this respect, Cat6 patch panel will work with Cat6a cables, since they have the same RJ45 conductors. But from the above we know it’s not safe enough to do so.

To sum up, Cat6a cables are able to run on Cat6 patch panel. However, there are some disadvantages exist in this job. So I’d like to suggest that if you just want to make an experiment at home, it’s surely OK. But if you want to use Cat6 patch panel with Cat6a in your data center, that’s not inappropriate. Because the cables may be out of work, which will cause damages to your business. If you would like to know more about designing or choosing the right cabling infrastructure, please contact us via sales@fs.com.

It seems that you haven’t figured out what a patch panel is. A patch panel is a mounted hardware assembly that contains ports used to connect and manage fiber or copper optic cables going in and out. Patch panels are also known as patch bays, patch fields or jack fields which are usually installed on enclosures or racks to simplify connections. If it breaks down, the entire system may fail. Patch panels can be assorted based on the number of ports they contain. They can be used in fiber and copper cabling systems. Here we have fiber and copper patch panels.

Fiber patch panels require two ports for a pair of wires. One port is responsible for the transmitting end while the other looks after the receiving end. The fact that fiber patch panels tend to be faster than copper does not make sense in the condition where the main function of a patch panel is to direct signal traffic, not to send the signal at a particular speed. When installing the panel, a fiber optical cable needs to be split at one end in order to gain access to the individual fibers. The separated fibers are fed into different ports, each of which has a fiber optical adapter. These adapters can then be used to plug individual fibers into other devices. The loss caused by interface may be noticeable. Besides, if the fiber interface doesn’t connect perfectly, you may not get it work successfully.

Copper patch panels have the 110-insulation displacement connector style on one side and 8-pin modular ports on the other. Wires coming into the panel are therefore terminated to the insulation displacement connector. On the opposite side, the 8-pin modular connector plugs into the port which corresponds to the terminated wires. With the copper patch panel, each pair of wires has an independent port. And when the front copper touches the copper in the back, a little bit of the signal is lost but not enough to worry about. And copper is easy to interface- even if the connector doesn’t match perfectly, as long as wire A touches wire B, you get a connection.

1U High 19″ fiber patch panel is easy to install for better deployment and expand your network for interconnection and cross-connection inside the rack mount and cabinet. It has 24 ports and is available with two adapter types: SC and LC duplex. 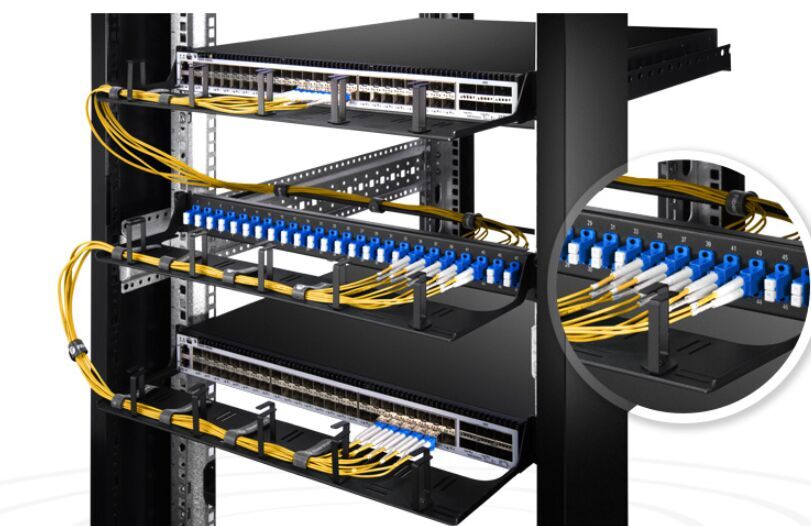 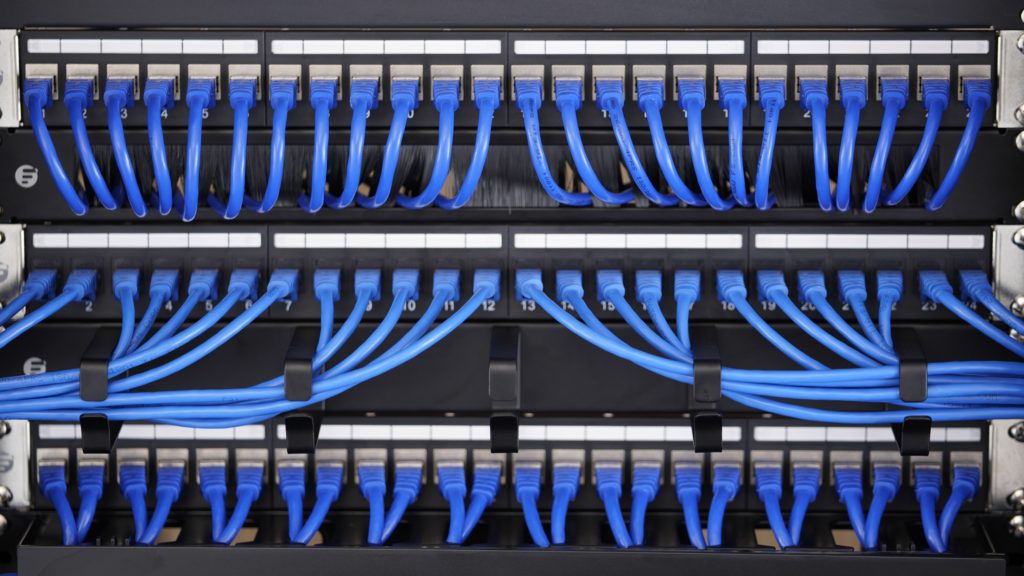 It is not easy to tell which fiber patch panel is better unless in a given situation. The copper and fiber patch panel both have their own advantages and shortcomings when applied to different systems. FS.COM also provides many kinds of patch panels, each representing a cost-effective solution for your application. And they can adapt to your changes and adds on the equipment.